Our hotel a stone’s throw away from the Eiffel Tower.

Le Bleu de Grenelle, our hotel Paris Eiffel Tower, is ideally located near the metro station La Motte Picquet Grenelle and at the corner of rue du Commerce. It offers a pleasant immersion into typical Parisian daily life, while giving direct access to multiple points of interest, both professional and touristic (Eiffel Tower, Champ de Mars, Parc des Expositions at the Porte de Versailles, railway stations of Montparnasse and Austerlitz, district of the Opéra and the Department Stores…)

Straddling the 7th and the 15th arrondissements, on the left bank of the Seine, the hotel epitomizes the bond between the history of the capital and modernity.
More than a traditional hotel, the Hotel Bleu Grenelle is a real living space that accommodates both travelers from around the world, professionals and tourists, but also Parisians looking for a working environment during the day and a relaxing place in the evening.
The entire team will be delighted to welcome you in a warm and caring setting, and to make your stay or simple visit as pleasant as possible.

The 57 rooms, cosy and modern at the same time, offer all different categories of living, thus satisfying expectations and wishes of every customer, whether in terms of size, occupancy, view or budget.

Special attention has been placed on the comfort of the beds and the soundproof quality of the rooms to ensure a restful night and an optimal sleeping experience in the heart of the city. An ideal location
in Paris

Nestled in the heart of the lively district of La Motte Picquet Grenelle, across from the above-the-ground metro of the same name (serving lines 6, 8 and 10) and at the corner of the street of the Commerce, the Hotel Bleu de Grenelle offers the unique experience of living in a Parisian neighborhood, as well as direct access to major points of interest, both professional and touristic. 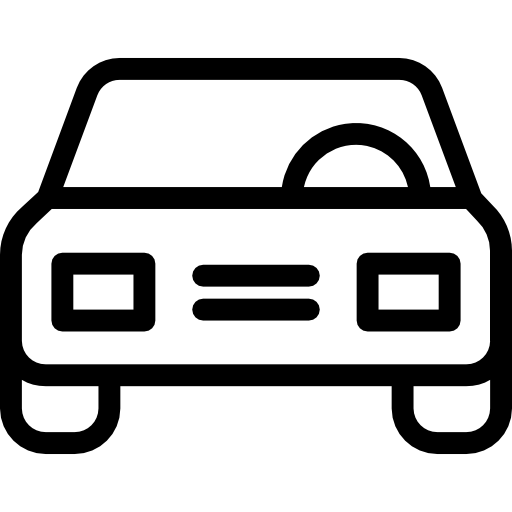 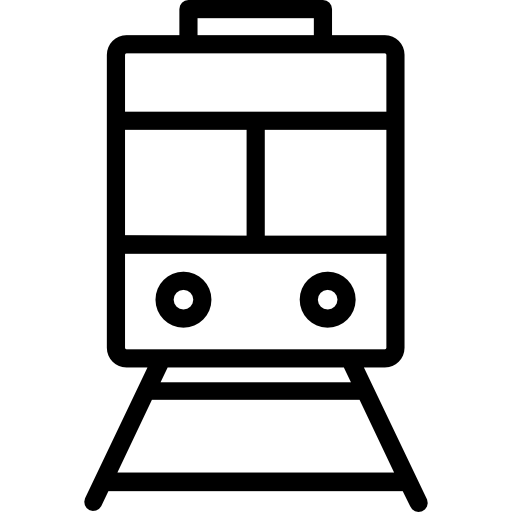 Aiming at offering you a pleasant and friendly atmosphere, Le Bleu de Grenelle, our hotel Paris Eiffel Tower, proposes various services available to customers staying with us or Parisians wishing to enjoy the facility.

Enjoy a 15% discount for a minium stay of 4 nights

All about the Eiffel Tower by night

Discover All our articles

What exhibitions to do during the February holidays in Paris?

All about the Motte-Picquet Grenelle district

The best activities to visit Paris in winter

Discover
All our news
+

A weekend in the heart of Paris

Ideally situated, Le Bleu de Grenelle guarantees a Parisian getaway out of the ordinary. In a typically Parisian yet authentic district, enjoy a pleasant stay in a hotel right in the neighborhood Paris Eiffel Tower. In the heart of the 15th arrondissement of Paris, and at a stone’s throw of the Eiffel Tower, visit the Capital in its slightest details.

Step out of the hotel, walk up the boulevard Grenelle and enjoy the Grenelle open market, on Wednesdays and Sundays. Numerous food displays and other stalls will have you to buy some Parisian souvenirs. Take the direction of the avenue La Motte-Picquet heading towards the Champ de Mars and treat yourself to a warm croissant at the bakery Suffren – 55 avenue Suffren in the 7th arrondissement, before taking a walk on the Champ de Mars where you will be able to admire the Iron Lady.

Then, take the direction of the Iena bridge where you’ll cross over the Seine river, enjoy the charming Gardens of the Trocadéro. Once on the right bank of Paris, you will be able to have lunch in one of the many restaurants or brasseries in the area.

Now walk along the riverbank towards the West, up to the Bir-Hakeim bridge. If you have the time, make a stop on the Island of the Swans, discreet, authentic and sublime. Finish your walking tour at the commercial Center Beaugrenelle, on the other side of the bridge. Once you’re back on the left bank, treat yourself to a few purchases. Head back to the hotel by the avenue Emile Zola and the lively street of the Commerce. That will conclude your walking tour around our Hotel Paris Eiffel Tower.

Around the Hotel le Bleu de Grenelle, you will be able to enjoy numerous touristic spots contributing to the fame of the French capital:

The Eiffel Tower, historical monument inaugurated in 1889, is only a 20 minutes walk
from the hotel, taking the boulevard de Grenelle and the Quai Branly.

The Champ de Mars is the ideal promenade to relax while enjoying idyllic views of the Eiffel Tower. The Champ and its ponds are only fifteen minutes by foot from the hotel.

The Trocadéro, on the other side of the Seine, offers a different view of the Eiffel Tower. In thirty minutes by foot, the Trocadéro Plaza offers an exceptional panorama on the Tower and the Champ.

The Centre Commercial Beaugrenelle, street Linois, is one of the biggest commercial centers on the left bank and only twenty minutes by foot from the hotel. Ideal for a shopping spree.

The Hotel des Invalides, a 17th-Century historical monument is part of our rich past. This emblematic monument, to be visited from the street of Grenelle, is twenty minutes away.

The Park André Citroën is a dream spot to relax in a green environment, only 30 minutes by foot or seventeen minutes by metro (line 8).

The Museum Quai Branly – Jacques Chirac is the ideal place to enjoy a moment of peace from the Parisian streets. There, you will admire collections of African, Asian, Oceanian and American art.

The bridge of Bir-Hakeim is the perfect way to go from the Champ de Mars to the Trocadéro, crossing over the Seine.  From the bridge, you will be able to take the most beautiful photos just a few minutes from the hotel.

The ideal location of Le Bleu de Grenelle, our hotel Paris Eiffel Tower, will allow you to visit Paris easily, by foot or by metro.

« The world most beautiful avenue, » mythic avenue, connecting the Arc-de-triomphe on the square Charles-de-Gaulle to the Concorde and its obelisk. Two kilometers long. It is situated less that 15 minutes by metro from our hotel Paris Eiffel Tower, line 6.

This emblematic establishment is only 15 minutes from our hotel, by metro via line 8. Major monument of the French historical legacy from the seventeenth century, it was first an academy of music, then a national theater, before becoming the Opéra Garnier as we know it today.

To visit the Basilica of the Sacré-Cœur and enjoy breath-taking views overlooking the city, take the lines 10 and 12 of the metro (30 minutes) from the Hotel Bleu de Grenelle. For decades Montmartre has seduced visitors with its authentic charm, its historic, architectural and cultural legacy.

The Marais is one of the oldest neighborhoods of the capital. Bearer of vestiges of our past and from French History, it is today one of most popular quarter of the city. Loose yourself in the streets of the Marais, discover its typical small streets, and find little artist boutiques. Less than 20 minutes from our hotel via lines 8 and 1 of the metro.

Notre Dame Cathedral and the island of the Cité

Just 10 minutes by metro (line 10) from our hotel, Notre Dame de Paris stands majestically in the center of the city. It’s located on the island of the Cité, a small peace haven in the very heart of the French capital. Take this opportunity to enjoy a visit to the close-by island Saint Louis, accessible by the bridge of the same name.

Situated in the 1st arrondissement of Paris, the museum and its famous glass pyramid can be reached in 15 minutes from the hotel by metro (lines 8 and 1). Adjoining the bank of the Seine and the street de Rivoli, this museum of art and archeology set up in the old royal palace of the Louvre is one of the world largest and most visited museums.

Treat yourself to Paris from our Eiffel Tower hotel

To get to the hotel Bleu de Grenelle, you have several means of transportation available.

You can get to our hotel Paris Eiffel Tower by metro

A few steps away from the hotel (120 meters), you’ll find the metro station La Motte – Picquet Grenelle (lines 8, 10 and 6).
-    Line 8 runs from Balard on the west side to Créteil, making stops at École Militaire, Invalides, Concorde, Madeleine, Opéra, les Grands Boulevards, République and also, Bastille.
-    Line 6 makes stops at the Arc de Triomphe (Étoile), Nation in the 12th arrondissement, as well as Montparnasse, Place d’Italie or even Bercy.
-    Line 10 runs from Austerlitz to Boulogne Billancourt, making stops in the Latin quarter, at Saint Michel and Saint Germain des Prés.

How to get to our hotel Paris Eiffel Tower from the railroad stations.

The closest taxi station is situated at the stop La Motte-Picquet, 150 meters from our hotel Paris Eiffel Tower. A bit further, you’ll find other stations, square of Breteuil, Henri Queuille, Faubourg Saint-Germain or even Beaugrenelle, all under 15 minutes by foot.

Park your car near the Hotel Bleu de Grenelle

By booking directly through our website you will have access to exclusive offers and the best rate guaranteed on your stay!

And if however, you find a better offer on another website, do not hesitate to let us know and we will do what is necessary for you (and a little for us too ;)

We look forward to seeing you soon!